Our Preschool program focuses on children from age two to their fourth birthday.

We believe that one of the best things a parent can instill in very young children is a love for learning. We suggest that a gentle approach to education be taken during these very early because most young children do not have fine motor control to do much work in a workbook-style curriculum. Instead, we recommend a hands-on method.

Although we use very few testing materials in the early years, we do recommend either a test or a checklist before starting instruction in reading. Children lacking in gross motor or fine motor skills will likely face frustration in reading instruction.

Most of the items in this package are  if the original items are kept then additional children going through this level would be $260 each.

Geared for young children, this update of a popular Moody title that has sold over 1.5 million copies is written by Kenneth N. Taylor and beautifully illustrated by Annabel Spenceley. The 112 stories of the Old and 72 of the New Testaments are each presented with an illustration that captures the essence of the event, a simplified narrative (with the actual Scripture references) for reading aloud to your children, reinforcing questions, and a prayer to connect your children with the lesson presented. A wonderful way to introduce young children to what the Bible has to offer to us all. 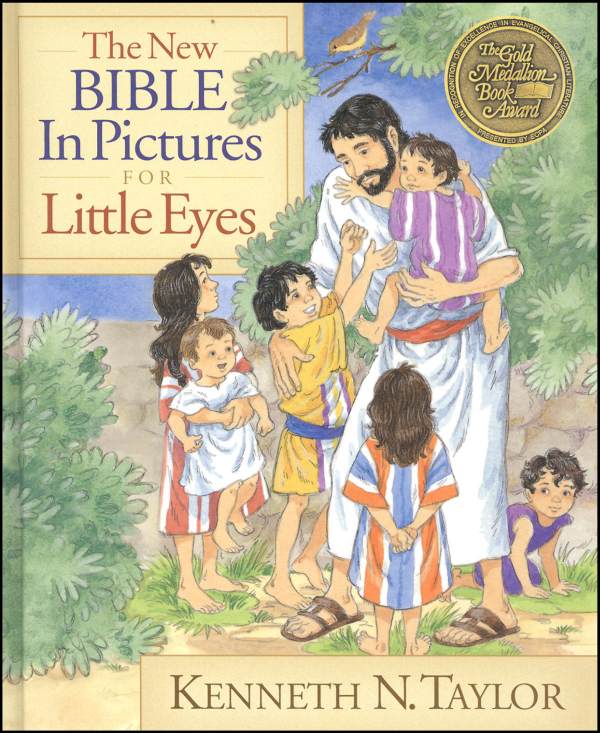 This set of four workbooks offers uncluttered, simple pages and activities that he/she can use to “do school” alongside their older siblings. They are just right for that occasional break from play and busy life, gently teaching matching, differentiating, coloring in 8 colors, cutting and counting to four. The pages are very plain and wholesome, not distracting, and focus on specific beginning skills. The series was developed for their own children by an Amish family. 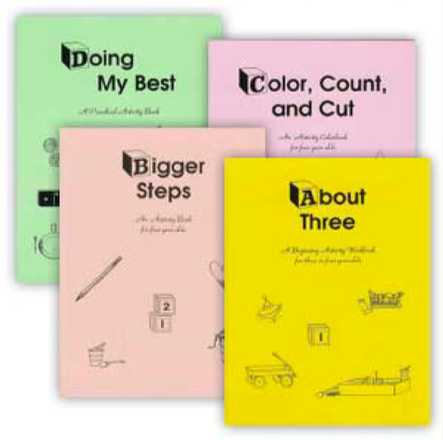 This book is ideal for a student who is just beginning to work with numbers. Along with introducing each number through 15, color words are taught. Plenty of practice is given with both numbers and color words through activities such as counting, connect the dots, coloring, number tracing, pattern recognition, and more! Additional skills of left and right, above and below, and grouping are also introduced. 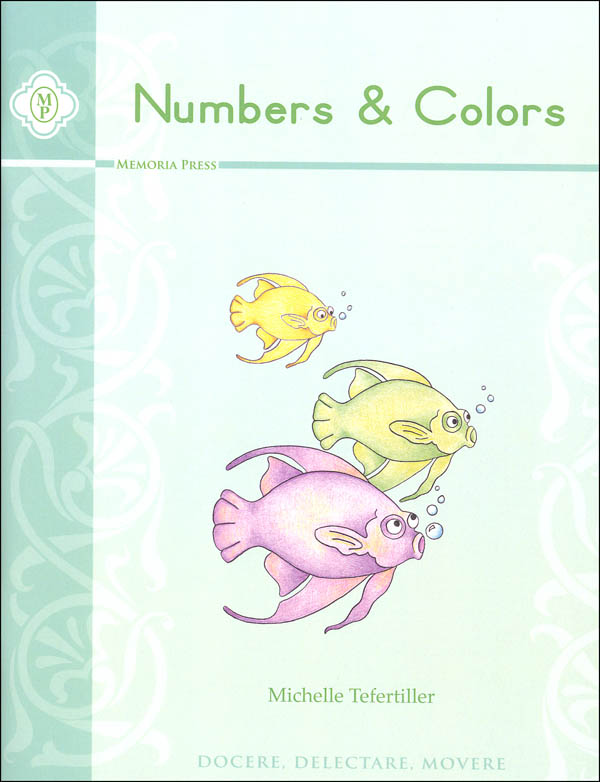 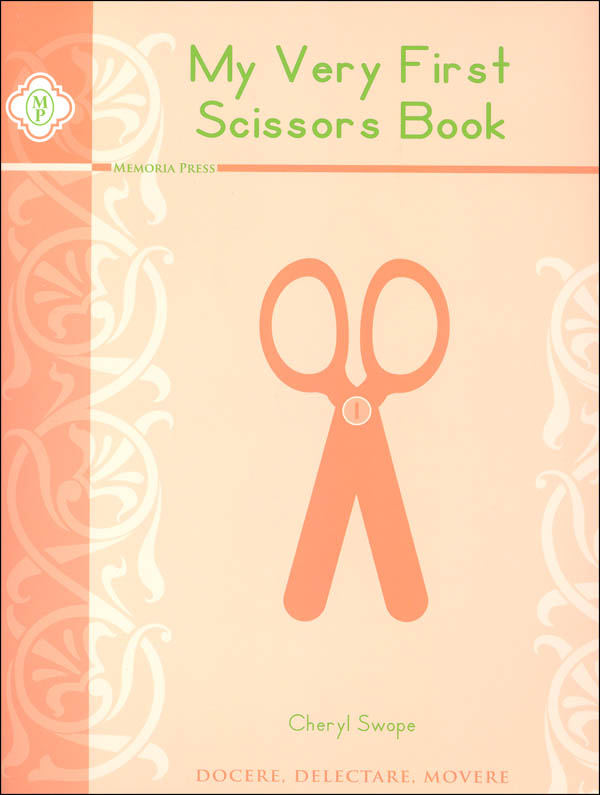 My Very Own Scissors Book 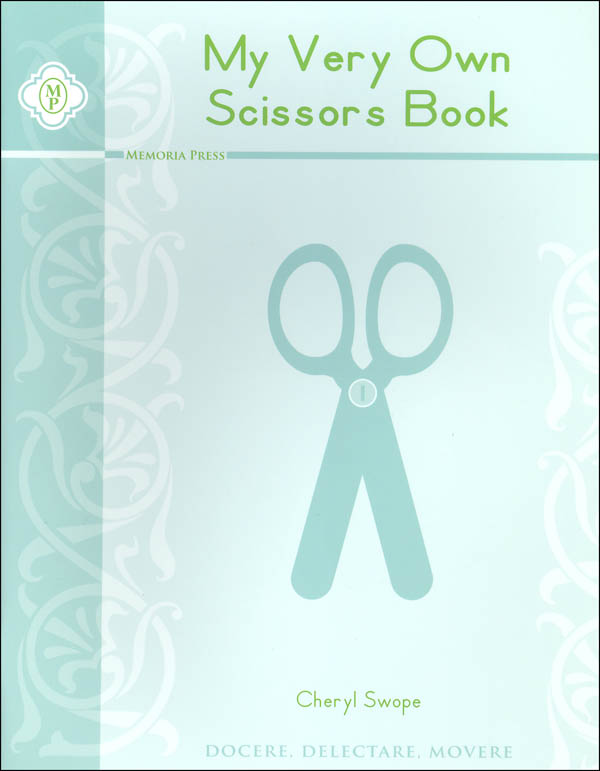 Bring the letters of the alphabet “alive” in enjoyable crafts designed to reinforce the sound, shape, and name of each letter. Encourage fine-motor and visual-motor skills with your preschooler. 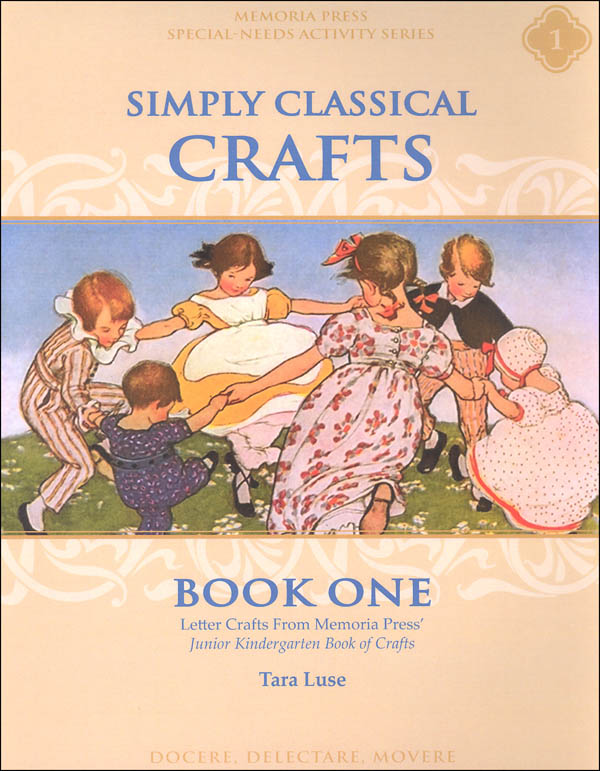 Learn the alphabet through a story about Bunny and his day away from Bunnyland. Kids will love finding out who Bunny meets on his journey and discovering what each turn brings. The writing is simple and pages include adorable black and white illustrations. Written by Wanda Gag, hardcover. 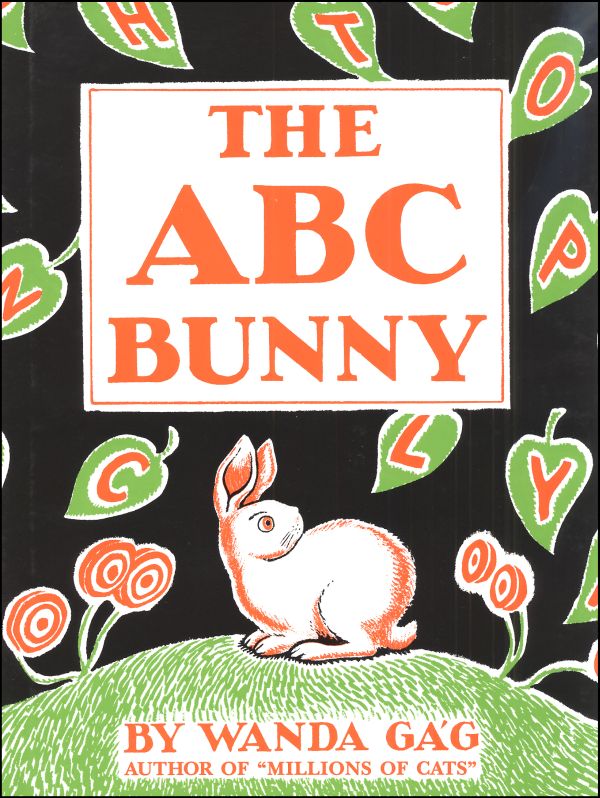 The little mouse from If You Give A Mouse a Cookie now has his own house! This charming little board book is a sweet tale about burnt cookies and friendship. 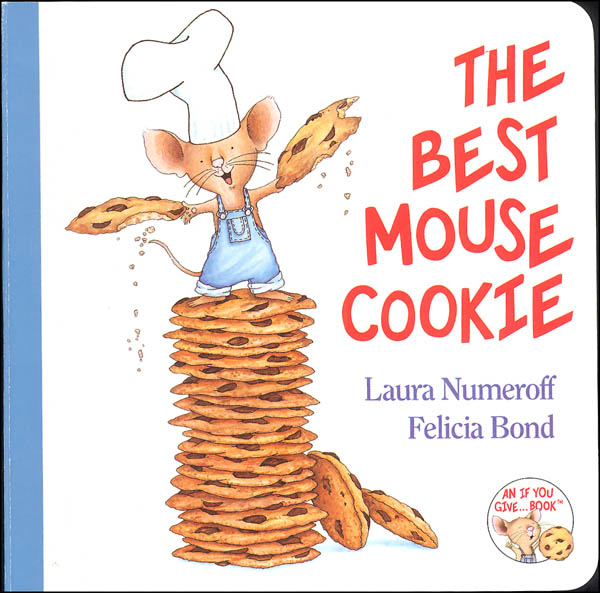 Ariel and her mother, a famous 19th century aeronaut, fly their balloon in a suspense-filled race. Based on an actual event, this fast-action adventure is an exciting read. 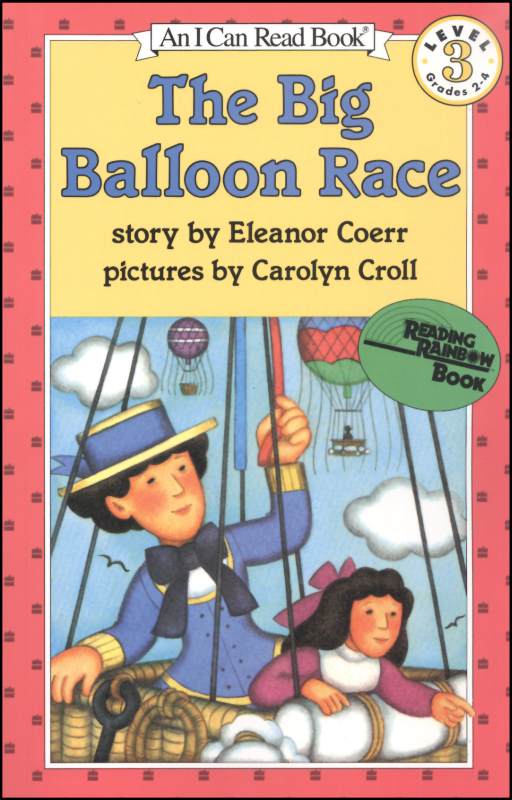 Written and illustrated by P.D. Eastman, this Dr. Seuss Bright and Early book tells the tall of two dogs and how they like very different things. When they take a vacation together, their beds are very uncomfortable. Will they ever get some sleep? 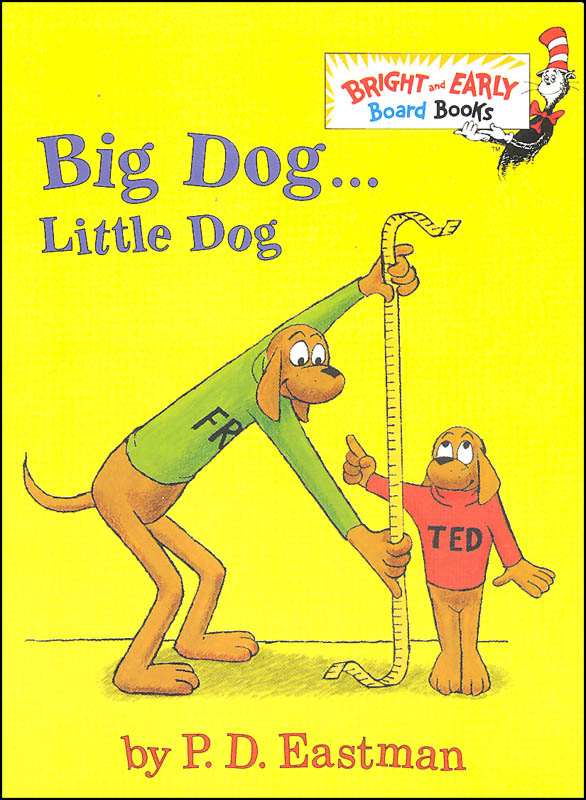 From Goodnight Moon author Margaret Wise Brown comes this tale of a little bunny who uses his big rabbit ears to explore the sounds in the world around him. Beautiful illustrations by Lisa McCue accompany this story. 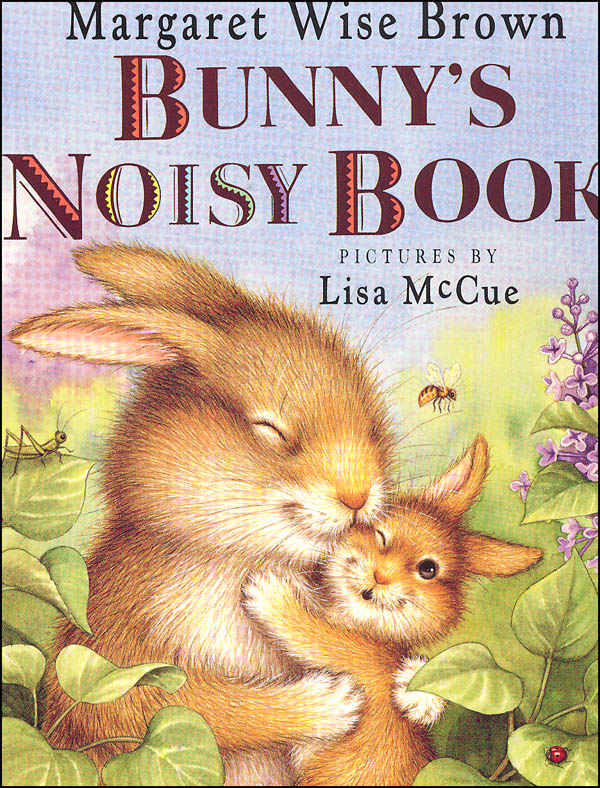 Caboose Who Got Loose

Katy Caboose is tired of being last, and one day an accident allows her to realize her dream of peace and solitude. 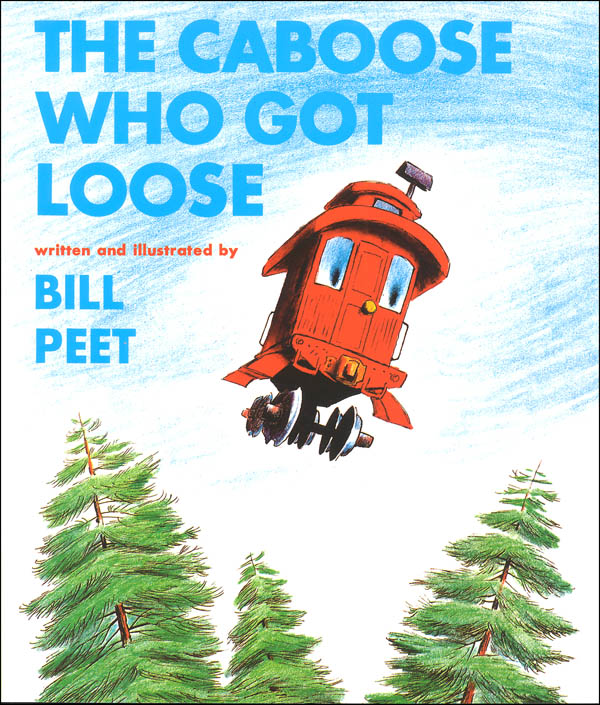 Look at all the dogs! There are dogs in cars, dogs at work, and dogs asleep.Read along and see where they go and what they do. 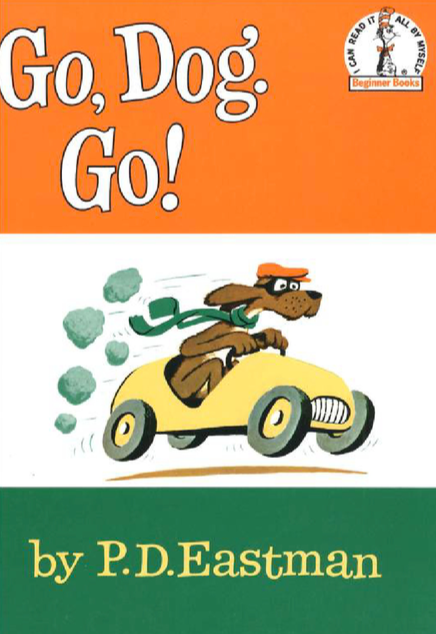 This Winnie-the-Pooh title contains ten well-loved stories you’re sure to have repeated bed-time requests for. Stories include: “In Which A House Is Built at Pooh Corner for Eeyore,” “In Which Tigger Comes to the Forest and Has Breakfast,” “In Which a Search Is Organdized and Piglet Nearly Meets the Heffalump Again,” “In Which It Is Shown That Tiggers Don’t Climb Trees,” “In Which Piglet Does a Very Grand Thing,” and more. Black-and-white illustrations, pb. 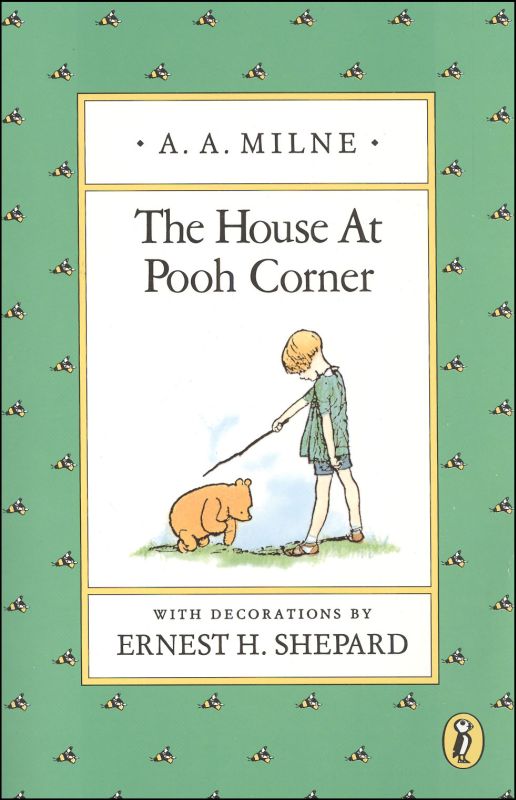 The Tale of Tom Kitten

The Tale of Tom Kitten is set in the cottage garden Beatrix Potter created herself at Hill Top, the farm she owned near the village of Sawrey. Tom and his sisters look so smart in their new clothes. When their mother sends them outside while she waits for her visitors, she couldn’t possibly guess what kind of mess they are going to get themselves into! 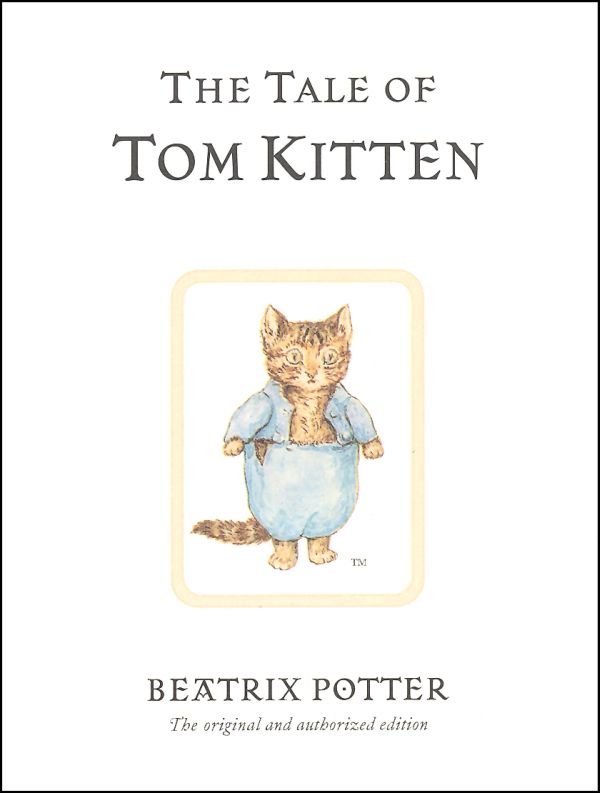 It was this charming book that first introduced readers to Edward Bear – or, Winnie-the-Pooh as he came to be called. Written for A.A. Milne’s son, Christopher, this book was the result of many bedtime stories about the bear and his friends – and even Christopher Robin himself. It is in this volume that readers will find the beloved stories in which Pooh disguises himself as a raincloud to trick some bees (“Tut, tut, it looks like rain”), Pooh becomes quite stuck in Rabbit’s hole after a visit, Pooh and Piglet hunt for Woozles, Eeyore loses (and finds) his tail, Piglet meets a Heffalump, Piglet survives a flood, Christopher Robin leads an “expotition” to the North Pole, and more. Ten chapters, or stories, are included overall, accompanied by the original artwork of Pooh and his friends by Ernest H. Shepard. 161 pages, softcover. 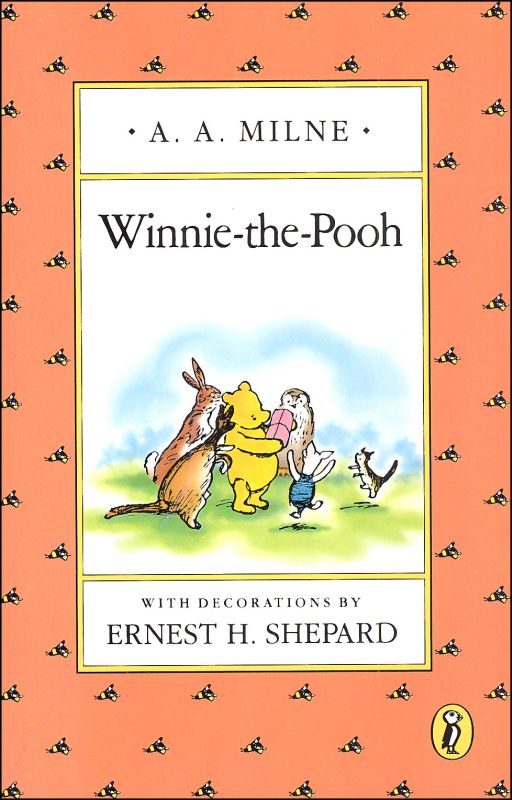 This CD includes 45 minutes of carefully chosen music from a variety of the Vivaldi’s work. This would work well as an introduction for young children to classical music or just for listening pleasure anytime. 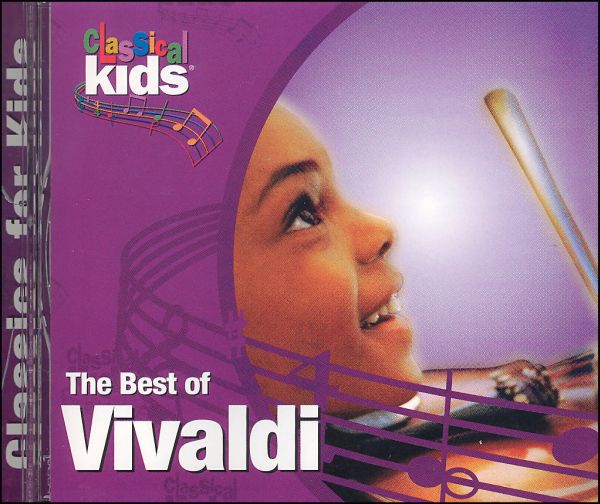 These sturdy round brushes with chubby handles can take the abuse and your little artist will love using them! They are well made and the bristles stay in tack. Great for watercolors, acrylics and oils, this set by Royal & Langnickel comes with three 1/2″ round brushes in red, yellow and blue handles. Brushes are 7.5″ in length.

Also known as “pipe cleaners,” these bright, fuzzy, flexible stems are great for jewelry, sculptures, or decorations. Plus, they’re easy and fun to use! Stems measure 6mm in diameter and 12″ long. Package of 100 multicolored pipe cleaners. 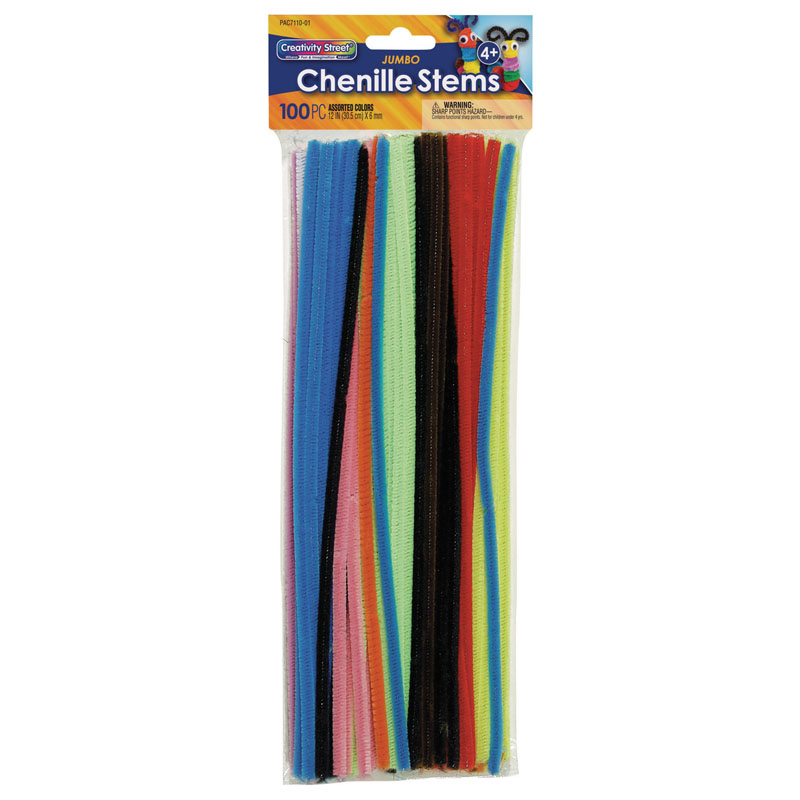 The only super heavyweight groundwood construction paper with 100% recycled content! It has a soft eggshell finish and comes with 50 sheets per package. Acid free for superior fade-resistance. 100% recycled fiber content and recyclable. 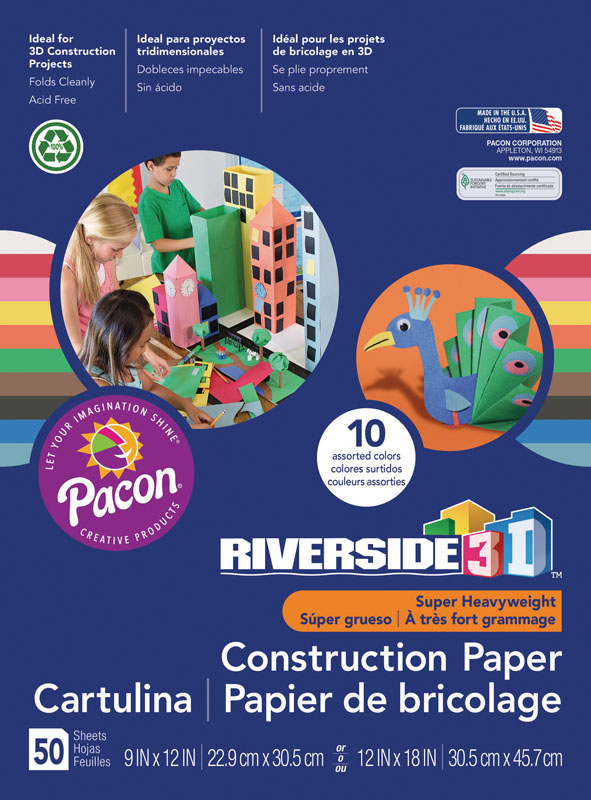 Kids love to get creative with color, but parents want to keep the color where it belongs and easily remove it where it doesn’t! The world’s most washable non-toxic broad line markers now come in an improved Ultra-Clean formula that washes easily from skin, clothing, and walls. 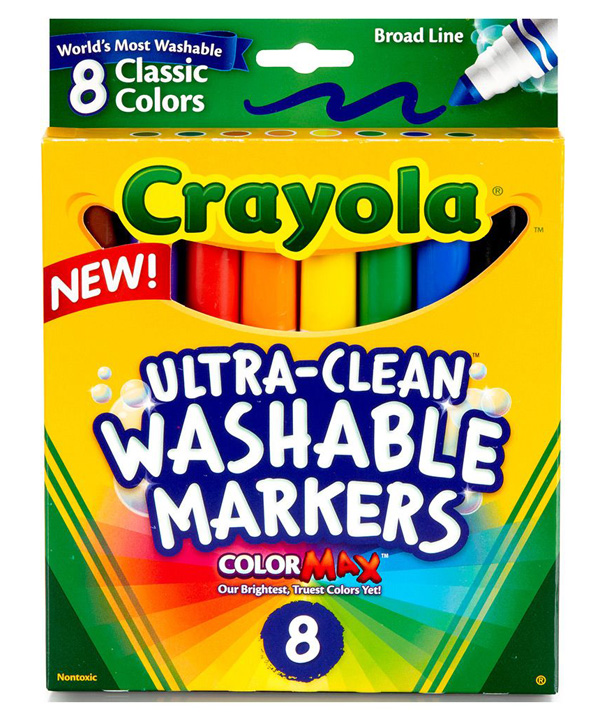 Crayola® Washable Watercolors offer the brightest watercolor painting experience–without the mess! The eight classic watercolors in this tray are specially formulated to wash easily from skin and fabrics. Featuring 30 percent more paint than the next retail competitor*, Crayola® Washable Watercolors come in a variety of vibrant colors that blend smoothly for more color-mixing possibilities. A paintbrush is included. 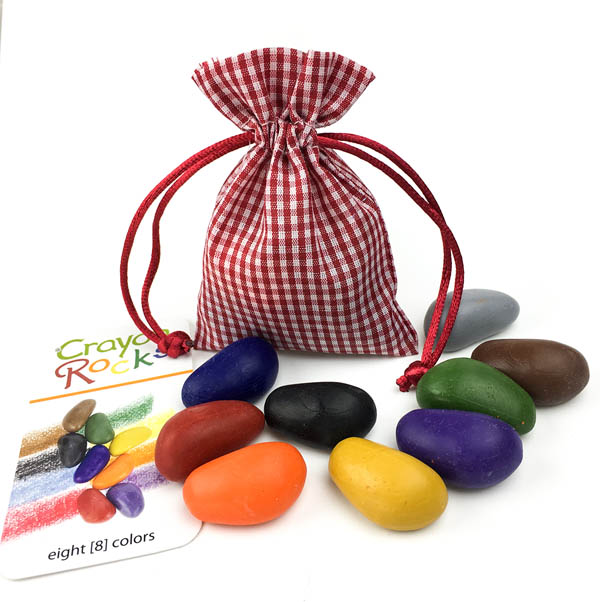 Its strong lead is ideal for writing, drawing, and sketching

Easy to sharpen with any quality sharpener

Pre-sharpen pencil for your convenience

The diameter of the lead is 3.25 mm thick 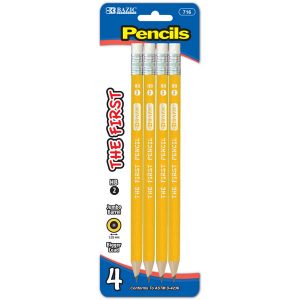 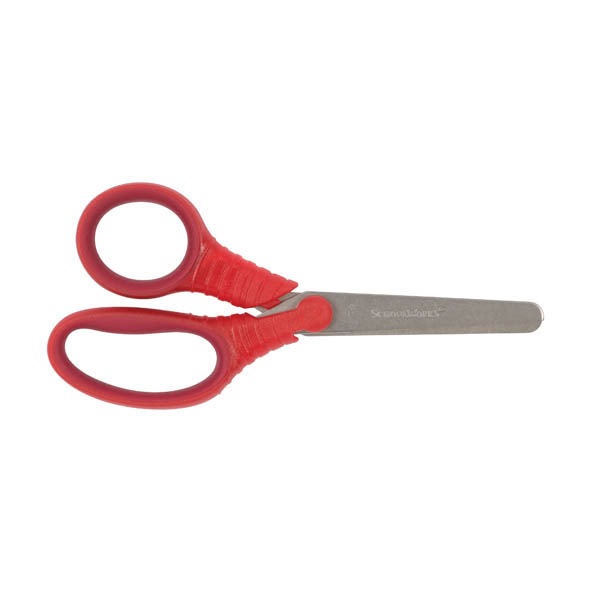 High density foam is not to be used with shellac or lacquer, but it is great for kids using acrylic or tempera paints. You can apply stain with them too. The foam is firm but flexible and will hold a lot of paint. 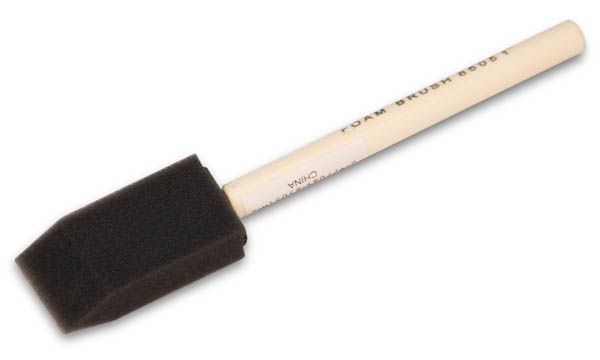 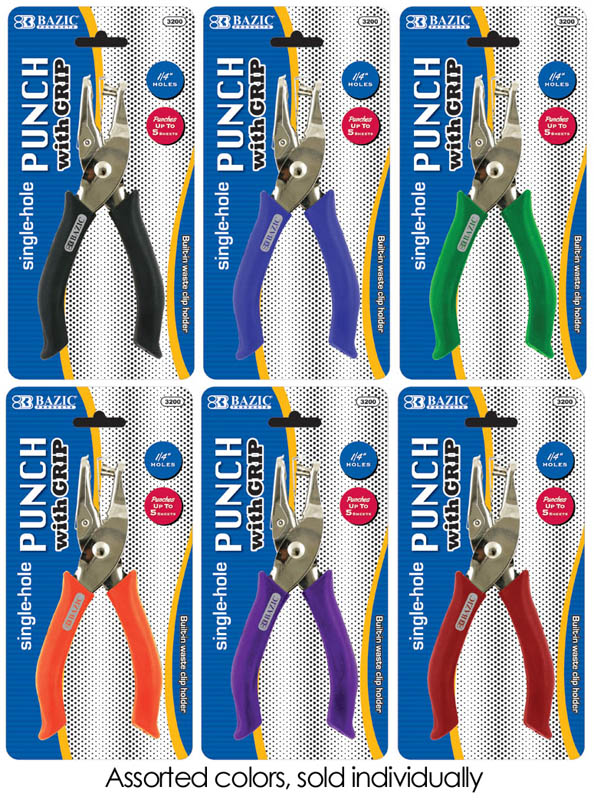 Give your artwork personality with wiggle eyes. Wiggle eyes come in assorted sizes ranging from 7mm to 15mm in diameter 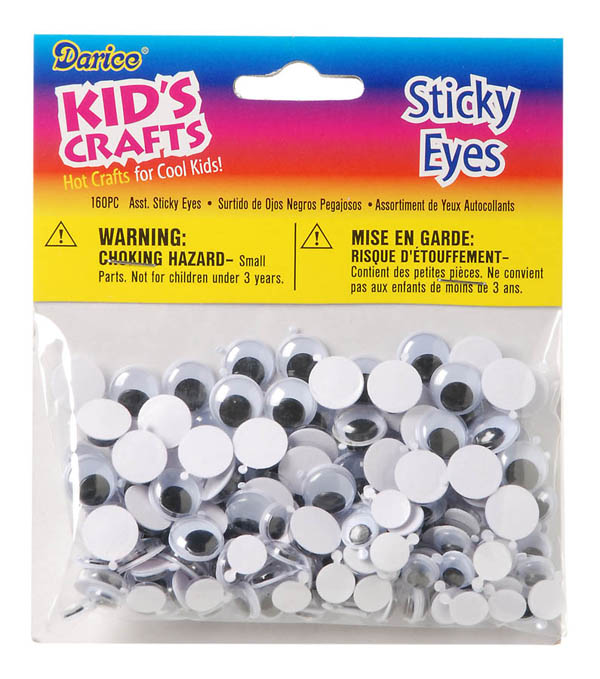 Handy Art® Tempera Paint is a great economical source of color. Made with high quality pigments, finely ground to provide bright color and dry to a matte finish that won’t chip, flake or crack. Highly opaque colors offer excellent coverage and color mixing. Clean up with soap and water. Certified AP Non-Toxic. Made in the USA. 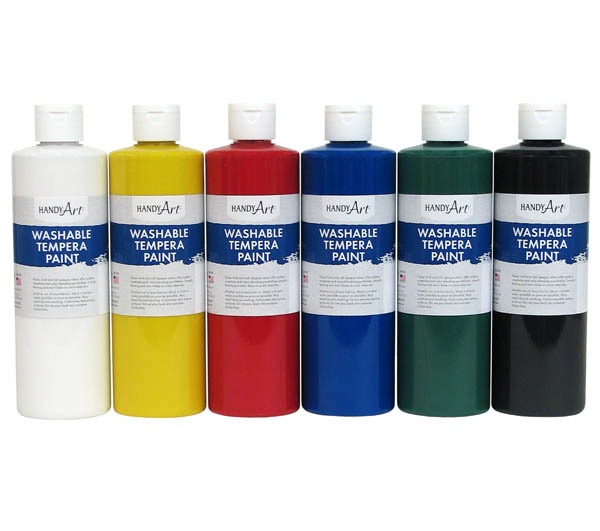 All 33 pieces of the set are stored in a wooden box with a durable plastic cover. Basically, the set includes a mini wooden cutting board, a wooden cutting knife, and eight wooden pieces of food. These colorful food items are pre-sliced into 2-5 pieces and re-attached by hook-and-loop fasteners. Children can take a piece of food, place it on cutting board, and cut through the fastened pieces like they are cutting through real food. 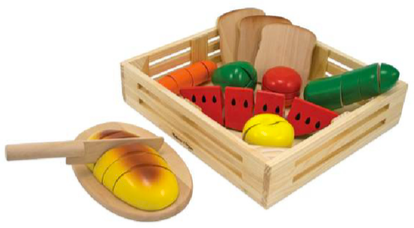 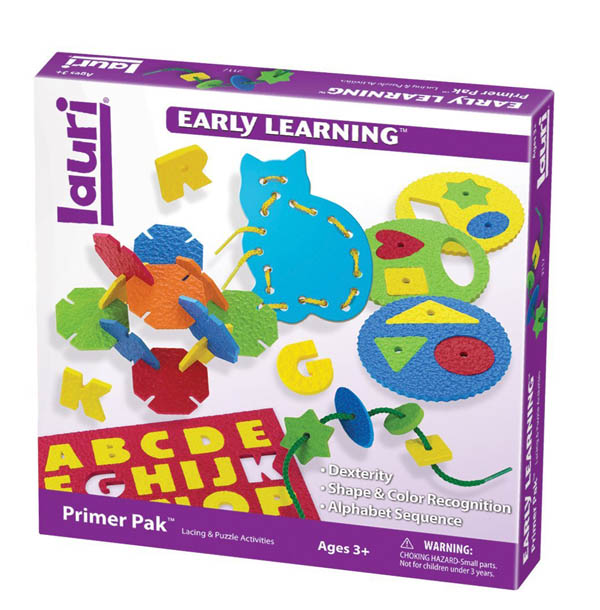 This pigmented, wax-based modeling clay has a smooth consistency and a bright range of colors. It is also self-adhering and non-toxic. This pack contains 2.16 lbs of modeling clay in 52 colors. Although this modeling clay is from Sculpey (the oven-bake clay people), this modeling clay is not bakeable and will not harden with exposure to air. This product is great for kids with allergies; it’s gluten/wheat-free and contains no sulfur, latex, nuts, dairy, or animal by-products. 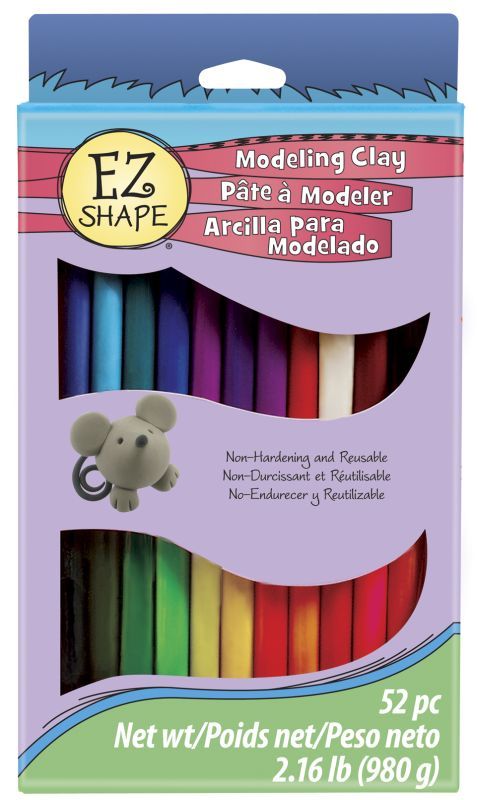